Just about everybody has experienced a horror type story involving bees or wasps. Many homeowners have inadvertently been “hammered” while mowing the lawns because they unknowingly brushed past a wasp nest in a bush. Typically this is just a painful event that we would rather not repeat. However in Australia more people die from bee and wasp stings than any other venomous creatures. Despite this bees and wasps play a very important role in our environment.

Bees and wasps undergo a four stage lifecycle EGG>LARVA>PUPA>ADULT (just like butterflies). As with butterflies it is this larval stage that has a voracious appetite and food must be supplied by the ever busy adults. Not all bees and wasps are aggressive attackers, in fact many are stingless. Typically bees can only sting once whereas wasps can sting repeatedly. As a general rule of thumb only the social species are aggressive as they are simply protecting their nest. When these social species sting they release a pheromone that stimulates the rest of the colony to attack! Speaking from personal experience this is not a pleasant experience. It is for this reason that nests established in frequented areas should be removed as soon as possible. 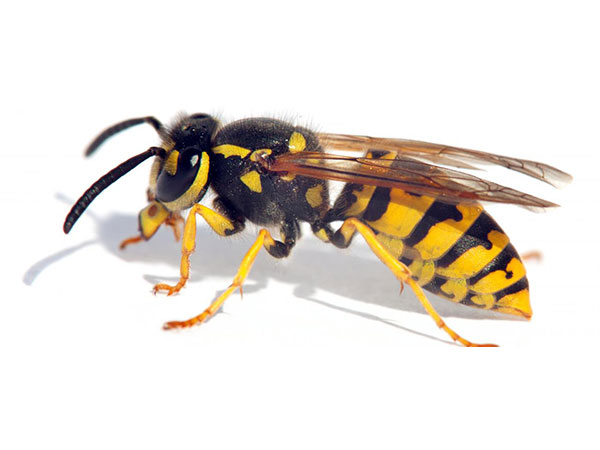 Most Queenslanders are familiar with the two common groups of wasps, (often incorrectly called hornets), paper wasps and mud dauber wasps. Paper wasps are highly social therefore are very defensive towards anybody that gets too close to their nest. There are many species of paper wasps each one having a distinct nest style. This paper is made from chewed weathered wood mixed with saliva. Mud dauber wasps on the other hand are generally solitary and lack that aggressive nature. Mud dauber wasps are generally a nuisance as they tend make their mud “cells” on the sheltered walls of “house proud” homes. These wasps normally construct their nests in natural caves or protected cliff type faces. Our homes provide perfect alternative nest sites as well plenty of spiders to pack into their mud cells to feed the developing larva. 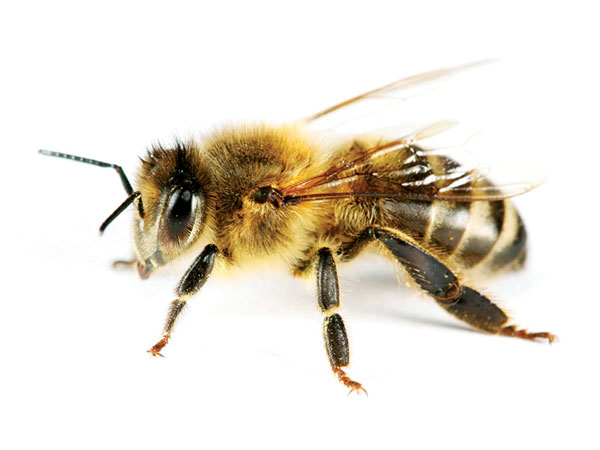 The most common bee people are familiar with is the European Honey Bee often farmed by apiarists. Unfortunately due to improperly managed hives the European Honey Bee is now feral and competes with our native wildlife for hollows. European Honey Bee hives produce new queens each spring and the new queens take flight taking with them about a third of the existing colony with them , called a “swarm”. This swarm then seeks out a suitable location to build a new hive. The wall voids in our home make perfect hive sites. There are many other species of bees, mostly native, and only a few could be considered at most an annoyance rather than a pest. Mortar bees will often excavate poor-quality mortar to lay their eggs in.

What Can You Do?

Sometimes small nests can be treated by the homeowner if they are careful. Treat at night time when they are asleep and use red cellophane over your torchlight. Most household insecticides including soapy water are effective against bees and wasps. However the trick is applying the insecticide safely and effectively to the entire nest where ever it may be. It is because of this fact that the treatment of most bee and wasp nests are beyond the capabilities of the average homeowner. When in doubt engage the services of a professional pest manager.

When it comes to bees it is often recommended to contact an apiarist to come and remove the swarm. Unfortunately, these days very few apiarist want “wild” bee swarms. These bees have already displayed a tendency to swarm (fly away), and may carry diseases and parasites. Apiarists have now developed ways of propagating their own queen bees which is a far less effort and risk than trying to extract one from a wall cavity.

What Can We Do?

Get rid of your bee or wasp problem no matter what the position or circumstances. Laguna pest control has a range of tools and tricks suitable to treat the trickiest of bee and wasp nests. Every bee and wasp situation is different so a method which is determined on site, to be the safest and most effective strategy will be used.

What to Expect After the Treatment?

After the treatment it is normal for minor activity too continue for 24-48 hrs. These are workers that have been out foraging and returning to the nest only to find their nest destroyed. These workers will hang around for some time confused and without a purpose, only to fly off elsewhere. If it’s a bees nest we always advise removal of any honeycomb that may be present in the void. However this may not always be practical. If this honeycomb is not removed it may become an attractant to bees from another colony. These bees will come and raid this readymade food source and may even lure another new swarm in springtime. But as with all our treatments we guarantee our work and bee and wasp treatments are no exception so if a new colony moves in the same area we have eradicated within our 3 month service period we will come back and RETREAT no charge!