Whilst spiders are an important part of our ecosystem, many people don’t want to live in a home full of spiders. Whether you suffer from Arachnophobia or don’t like the unsightly appearance of spider webs around your homes, particularly in high cornices, lights, and windows. Not to mention, the Sunshine Coast has plentiful of spiders due to its warm weather and humid conditions. Engaging in a professional pest manager to conduct a spider treatment is the most effective solution to diminish these worries.

They belong to the class ‘Arachnida’, which also includes scorpions, ticks, mites, and pseudoscorpions. Spiders have an exoskeleton, so growth is by periodic moulting of the old skin. They can be easily distinguished by their four pairs of legs and two main body parts (the cephalothorax and abdomen). All spiders will hatch out as minute replicas of the adult of the species, compared to many other insects which go through metamorphosis.

What Can You Do?

Many household insecticides are effective on spiders, as most contain the same active ingredients that professional pest managers use, just in diluted strengths and smaller quantities. Insecticides belonging to the synthetic pyrethroids (SPs) group are very effective against spiders, and they also have a high safety margin. SPs include the active ingredients of bifenthrin, deltamethrin, and tetramethrin. However, the key to having a spider-free environment is safely applying treatment with enough coverage, inside and outside of your home. Often, it’s less hassle and more affordable to engage in us for regular annual treatments.

What Can We Do?

Anybody can kill a spider, in fact, a size 9 shoe seems to be very effective. However, having the skill and knowledge of different spider behaviours is what keeps the spider population in your home under control. Often, different species of spiders will prefer different areas of your house. For example, the Red House Spider (Nesticodes sp.) prefers your cornices, Wolf Spiders (Lycosa sp.) is a ground-dwelling spider that is attracted to your porch lights, and the Black House or Window Spider (Badumna sp.) prefers window cornices, downpipes, and your eaves line. This is why we use different residual insecticide formulations to target the different areas for different spiders. Our General Pest Treatments will cover all accessible areas spiders like to frequent within your household, including internal skirtings, subfloor, garage, clothesline, balconies, external walls, carports, verandas, ceiling void, fence lines, garden shed, and even your letterbox!

What to Expect After the Treatment?

To have fewer spiders of course, but not straight away! Most pest controllers will tell you that your household will be 100% spider free. However, the truth is that even a thorough and effective treatment will only reduce up to 80-90% of your spider population. This is because a spider first must come into contact with the chemical, and then when it does, the spider will not simply drop dead. It will wander around groggy for a while, possibly up to 12 hours. Often, healthy spiders try to stay hidden and concealed, whereas sick and dying spiders will wander around out in the open for you to see.

How long our treatment lasts is dependent on various factors. The products applied will break down at different rates due to constant exposure to sunlight, cleaning and foot traffic. Not to mention the chemical bonds to some surfaces better than others. Also, different spiders are affected differently. For example, active ground-dwelling spiders are more likely to come into contact with the product, compared to webbing spiders, which stay put, are less likely. It also depends on the location of the house. A house in Noosa Waters is going to have less of a spider population compared to a house in the Doonan.

To keep the spider population in and around your household under control, we recommend engaging in annual treatments. Our General Pest Treatments include a 6-month warranty, so if at any stage during this time, you are not happy with the results, we will come back! 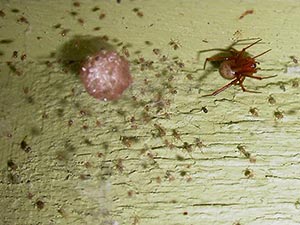 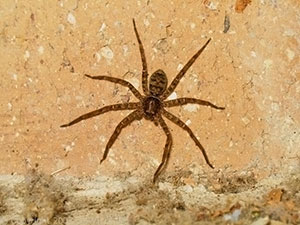